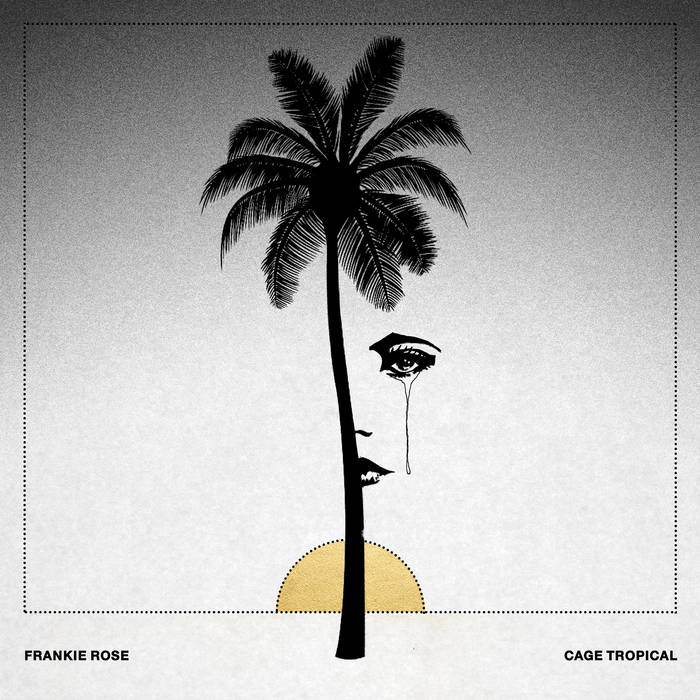 B-R1CE She has such a unique sound that I had not heard in any other artist. So excited to see what she what she will release next!! :) Favorite track: Game To Play.

𝕤𝕖𝕧𝕖𝕟𝕠𝕔𝕝𝕠𝕔𝕜𝕟𝕖𝕨𝕤 Lush might be gone, but their spirit lives on in Frankie Rose. A beautiful album that's equal parts hazy and sunny.

Lee Downey Another gem from Frankie Rose. Her talent shines on every beat. I love the harmonies and whopper hooks. Unfortunately, the recording quality is not as good as the songs. Favorite track: Dyson Sphere.

steveinsocal "...At first listen everything sounds reassuringly familiar. There's that trademark blend of sculptural synth-fuelled, retro-inspired yet forward-thinking shoegazey, electropop. But dig deeper and there's a refreshing undercurrent of nagging self-doubt which adds a refreshing darker note to Frankie's dreamy vocals. The end result is by far her best album to date..."

When The Sun Hits

After spending years as a major presence in Brooklyn’s thriving music scene, Frankie Rose relocated to her familial home of Los Angeles for 18 months with the intention of establishing yet another moment in her storied indie rock métier. Gradually, she found herself short on sleep, funds and optimism. "I moved to LA, drama ensued and I ended up on a catering truck. I was like, how can this be my life after being a touring musician and living off of music. I had really lost my way and I thought I was totally done."

Through sleepless nights of listening to broadcaster Art Bell’s paranormal-themed archives, Frankie’s thoughts had turned to "who am I, I’m not cut out for this business, it’s not for me." She continues, "I was literally in my room in L.A., not knowing how I was going to get out. But out of it all, I just decided to keep making music, because it is what I love and what I do – regardless of the outcome."

Towards the end of her time spent in Los Angeles, Frankie reached out to Jorge Elbrecht (Tamaryn, Gang Gang Dance, Violens) and began sketching what became the basic outline of what felt like a new album. Then, rather fortuitously, Frankie ended up back in Brooklyn with the realization that "in the end, I’m on my own. I have to do these things on my own."

The months that ensued meant basically working with no budget and finding ways to record in-between days. This time enabled Frankie to experiment musically with a variety of people that ultimately changed the way she worked. "I got a lot of input from people like Dave Harrington (Darkside), who was helpful reconstructing the songs, adding dynamics and changing up the rhythms."

The result of this existential odyssey is "Cage Tropical," Frankie’s 4th album. It is awash with vintage synths, painterly effects pedals, upside down atmosphere and reverberating vocals. It evokes a new wave paranormality of sorts that drifts beyond the songs themselves. "My references aren’t just music," says Frankie, "I love old sci-fi. They Live is one of my favorite movies ever, same with Suspiria. 80’s sci-fi movies with a John Carpenter soundtrack, with silly synths – that makes it into my file, to the point that I’ll write lyrics incorporating that kind of stuff. It’s in there."

Beginning with the shimmery, cinematic and percussive sparkling of the album’s opening track "Love in Rockets," the song’s refrain of "a wheel, a wheel of wasting my life: a wheel, a wheel of wasting my time" immediately alludes to those darker circumstances that led to the creative origins of "Cage Tropical.""It’s all essentially based on what happened to me in Los Angeles and then a return to Brooklyn," says Frankie. "Misery turned into something good. The whole record to me is a redemption record and it is the most positive one I’ve made"

"I feel like I am finally free from worrying about an outcome. I don’t care. I already lost everything. I already had the worst-case scenario. When that happens, you do become free. In the end, it’s about me rescuing myself via having this record."

ON TOUR THIS FALL

Bandcamp Daily  your guide to the world of Bandcamp